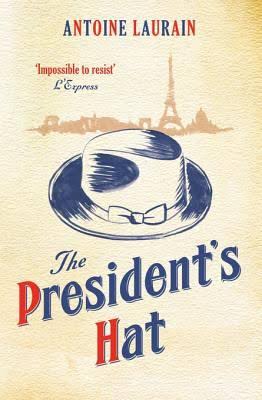 Paris in July is an annual event hosted by Tamara at Thyme for Tea – it’s now in its seventh year. I’ve managed to squeeze in a second Parisian read this month…

The President’s Hat by Antoine Laurain

What a discovery this novel and its author were! Feel-good and completely charming, The President’s Hat was the perfect book to lift spirits. 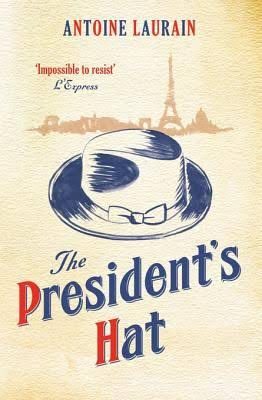 Daniel, an accountant, has ended up dining alone in a Parisian restaurant. He is savouring an assiette de fruits de mer when new customers arrive at the adjacent table. To his astonishment, one of them is François Mitterand, the French President.  When Mitterand leaves his hat behind, Daniel is seized by impulse and takes it – it makes him feel different.

Once in the driver’s seat, with the hat still on his head, Daniel angled the rear-view mirror and gazed at his reflection in silence for several minutes. He felt as if his brain was bathed in a refreshing dose of sparkling aspirin. Bubbles of oxygen were fizzing through zones that had slumbered for too long.

Daniel, who had been in a bit of a rut work-wise, wears the hat to work and to his surprise finds himself reinvigorated and before long he is offered a good promotion to the company’s Rouen office.

Then he loses the hat – he leaves it on the train, where it is later picked up by fledgling author Fanny Marquandt, on her way into Paris to see her lover Édouard, a married man.

The black felt brim acted like a visor, compressing the space around her and marking out a distinct horizon. In Batignolles, a man did a double take as he passed her. What kind of image was she projecting, walking along in the moonlight in her denim mini-skirt, high heels, silver jacket and black ht? That of a hip eighties girl, young, free and sexy, perhaps a little bit forward.

Wearing the hat gives Fanny a new confidence and emotional clarity – Édouard will never leave his wife. It’s clear what she must do…

And so the story goes – Fanny will soon lose the hat too, but not until after it has helped launch her on the road to independence and her writing career. The hat will be picked up by someone else. Each time, the hat’s aura appears to confer psychological help to its guardian, a benevolent enabling force that allows them to move towards achieving their heart’s desire by positive thinking.

All the time you want to know if the hat will ever somehow make its way back to its rightful owner. That would be telling – read the book for yourself.

It was interesting to note that the translation of this novel was a team effort by the in-house translators at Gallic Books. The hat’s owners were ‘voiced’ by three different translators, which brings out the different personalities of the characters really well.

Gallic books also include Reading Group notes, an interview with Laurain (below), and, if you can bear to deface your copy, a cut-off bookmark on the rear French flap of the paperback!

In less capable hands, this novel could have been too sweet, but the author has perfect restraint and although he steers close, he never crosses the line into pure whimsy. If you enjoyed other French charmers like Grégoire Delacourt’s The List of My Desire, or (French-Canadian) novella The peculiar life of a lonely postman by Denis Theriault (links to my reviews), you’ll surely enjoy The President’s Hat, which is heartwarming and lighter still. (10/10)

MY DAD (91) IS READING: Before I Go To Sleep by SJ Watson

© AnnaBookBel 2020. Unauthorised use and/or duplication of this material without express and written permission from this blog’s author and owner is strictly prohibited. Excerpts and links may be used, provided that full and clear credit is given to AnnaBookBel with appropriate and specific direction to the original content.